The book, The Madman’s Daughter is about the daughter of H.G. Well’s Dr. Moreau, Juliet. She is an orphan who cleans a medical school and has always believed that her father died after a supposed “scandal” which left her rich family with barely any money. She finds the opportunity to travel to a strange island where she hears her father resides, and on the journey accompanied by an old friend, she becomes acquainted with a strange castaway who joins her on the island. On the island, she is plagued with ethical concerns regarding her father’s experiments and her curiosity as to how they work and his brilliance. The island’s society begins to fall apart, and she needs to make a lot of choices. I loved this book because it was a modern piece of literature which acted as an accompanying novel to a classic, H.G. Well’s The Island of Dr. Moreau. That was a wonderful concept because I love classic novels and dislike a lot of modern literature. I’m also an anglophile, and the book is set in London. Overall, once I loved hte unexpected plot turns of this novel, and the interesting twist the genere gave to it; once I started reading, this was a novel I couldn’t put down.

Morgan lives on the floating island of Internment with her parents, a law enforcement officer father and troubled mother.  The reader learns early on that life is not as safe and wonderful as it seems on Internment; like Morgan’s brother Lex, those who approach the edge (indulge in curiosity about the rest of the world) are doomed to death or madness, disfigurement…

When a young girl is murdered, the tight world that is Internment starts to close in even more, and Morgan struggles to find her identity and understand her world, the people she loves, and the lure of the world outside all at once.

I recommend this book to those who liked the Divergent, Hunger Games, or Delirium series.

Like the above, this is the first book in Ms. DeStefano’s Internment Chronicles series, and I look forward to the next one!

In this book, there is a boy that has one year to live and he knows it. It is due to a fatal disease. He goes all-out in his last year. I personally enjoyed the book, since it was such an interesting plot, a fluent writing style, and sophisticated characters. People who like romance with a little bit of adventure would like this book. 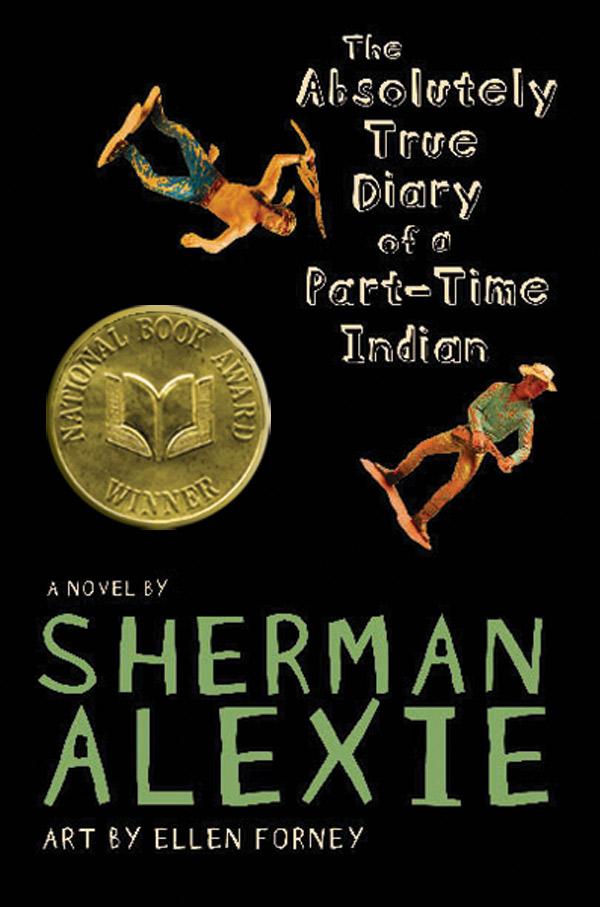 Junior, an Indian living in the Spokane Reservation, dreams of breaking away from his Indian history and seeking out his destiny in the white-dominated school Reardan High… I greatly enjoyed the schism between cultures that Junior feels in the book, because as an Indian-born person growing up in America, I also feel that kind of cultural tension, though not to as great an extent that Junior faces. Furthermore, I empathize with the everyday duty that he feels in dealing with his Indian history and explaining it to his white classmates. While the book does include mature content, it doesn’t significantly detract from the story and adds to Junior’s development as a mature person. Nevertheless, the storyline seems a little cut-and-dry, the cliched geek-gets-the-girl story, and together with the illustrations (though well-done), make the book seem a little too childish. I would recommend the book to anyone currently dealing with cultural issues or wondering whether or not to stay in their comfort zone, as Junior is definitely forced out of his.

This book is one of the three chosen for Silicon Valley Reads 2015.  The theme this year is Homeland & Home: The Immigrant Experience.  This is a book that tells the immigrant stories of the people who populate the derelict Redwood apartment complex somewhere in Delaware, focusing on the lives of two young people, Maribel and Mayor, and their families as they struggle through the complex existence of “Unknown Americans” with papers and without.

Maribel’s family have recently relocated from Mexico to Delaware to pursue healing and recovery since an accident left Maribel with post traumatic stress disorder.  Mayor has lived in America since his infancy, but his identity is strangled by bullies at school and smothered by his father’s expectations.  When he meets Maribel, he’s drawn to her–will his friendship hinder her healing, or expedite it?

I highly recommend this book.  It was the best book I’ve read in a while, and I appreciate Henriquez’ narrative prowess and her ability to inject the reader into the lives of her characters like a skilled surgeon.

I have a feeling this one will be a classic.

Elise has never been cool, and at the start of sophomore year she realizes that she never will be. After a halfhearted suicide attempt, she discovers a club that appreciates the same style of music she loves, and Elise soon becomes their hottest DJ. But the job comes with other problems and her unpopularity in school continues to haunt her.

I would recommend this book to anyone who hates the high school scene and is desperately wishing for something more in life. It covers the pains of being “uncool” and trying to be ok with who you are even when the world and everyone in it seems to be against you. This Song Will Save Your Life is a really good coming of age story that anyone could breeze through! The novel covered a lot of topics about how high school really is, how life really is, and how people really are, and I really liked it.

M.T. is an illegal immigrant from Argentina who has spent most of her life in the United States growing up poor and struggling alongside her wealthy, easy-living peers at a private Catholic School.  She lives in constant fear that her status will send her “home”, but home is here.

She is a senior now, and the idea of life after high school has M.T. gasping for air in a world where she feels like the drowning survivor of a shipwreck.  Who will save her?

I highly recommend this book to all high school students.  It will open your eyes to the plight of illegal immigrants, and will help you understand a very realistic (and very autobiographical) portrayal of American life from the outside.  This book covers topics like depression, abuse and suicide in a sensitive and soulful diction and tone.