Ethan is a junior at Selwyn Arts Academy, a sort of magnet school for students interested in the arts–think FAME in Minnesota.  He doesn’t think he’s a particularly great artist or musician, but he’s doing fine in school and really enjoying his English class with Mr. Lee.  This year, a “reality show” called For Art’s Sake is being filmed at Selwyn.  At first it seemed harmless, but as the year progresses Ethan and his friends decide that the show is ruining what they loved about their school.  They decide they need to do something–and the Vigilante Poets are born.

I was drawn to this book because of the title.  Something about it just made me think it was going to be awesome; maybe kind of like Dead Poet’s Society.  I’m a firm believer in the power of great titles.  In this case, I kind of think the title was the best part of the book.  Don’t get me wrong–I enjoyed the story, but I had a hard time really loving this book.  I think part of the problem is that one of the main characters is totally disappointing in a “you totally sold out” kind of way.  I know that in reality people are disappointing sometimes, and it kind of has to happen for there to be a plot, but I had a hard time actually believing it.  Then again, so does Ethan, so maybe he and I are both in denial.  I liked the way the book revealed some of the secrets of “reality” shows and the fact that they are more scripted than most of us think.  I also enjoyed the humor of Ethan and his friends and the way Ethan as a character learned from the experience.

If you’re interested in performing arts or television production, you might enjoy this book.  The school/friendship aspect is similar to Looking for Alaska, but this book is not as serious.  It would make a good vacation read.

When I first picked up this book and read its summary, I was not very excited to read the book. However, I soon found that the book was extremely different from what I expected. It was a very well-written novel about the life of a young woman living in London in 1909, at the height of the suffragist movement. She aspires to become an artist and to attend art school, but her oppressive father and fiance prohibit her from pursuing her dreams. She soon joins a local group of suffragettes and begins to find ways to live her life that she never thought possible.

I would encourage anyone really to read this book. We’ve all been restricted in some shape or form in our lives, and this book is all about breaking free from stereotypes and expectations to live your life on your own terms. You do not need to be a feminist or a fan of romance novels to enjoy this book. The novel was more about encouraging people to follow their dreams and much less about romance, contrary to what the summary seems to describe. Overall, I found the book a very fluid and exciting read and I would highly recommend it to everyone!

Amy Gumm just wants to escape from her life.  She’s tortured by her peers, who call her “Salvation Amy” because of her ill-fitting thrift store clothes.  Her mother is a mess.  She always says and does the wrong thing–like getting into a fight with a pregnant girl, which gets her expelled.  Just when she thinks things can’t get worse, she’s caught in a tornado and ends up in Oz.

Yes, that’s right, Oz.  As in “Dorthy and the Wizard of.”  As in munchkins and yellow brick roads and flying monkeys.  But the Oz Amy finds is not the same Oz from the books and movie.  It’s a darker, sadder place, where Dorothy Gale of Kansas has returned and become a princess.  Princess Dorothy, however, is not a particularly benevolent ruler, and it becomes obvious that someone needs to save Oz from her destructive inclinations.  Amy’s not sure she is the right girl for the job, but she’s also not sure she has a choice.  She’s going to have to join the Revolutionary Order of the Wicked if she wants to survive.

Paige’s novel is a strange blend of a classic story and a dystopian novel.  Because she constantly questions her abilities and goals, Amy reminded me a bit of other contemporary heroines like Katness and Tris.  Paige handles her Ozian setting with humor and great detail, and there is some set-up for a potential romance as the series continues.  As a whole, it was a fun read.  I do think, though, that there was some gratuitous language in the novel (not a lot, just every now and then) and that Amy’s character could be more developed.  Also, the book just kind of stops, meaning that I will have to read the next book, The Wicked Will Rise.  Paige also wrote a series of prequels that give readers more insight into the back stories of characters like Dorothy, Glinda, and the Wizard for those readers who want more details.

If you like books that retell classic stories, like Marissa Meyer’s Lunar Chronicles or Gregory Maguire’s Wicked series, you will enjoy Dorothy Must Die.  Go ahead and grab The Wicked Will Rise while you’re at it, because you’ll want to know what happens next. 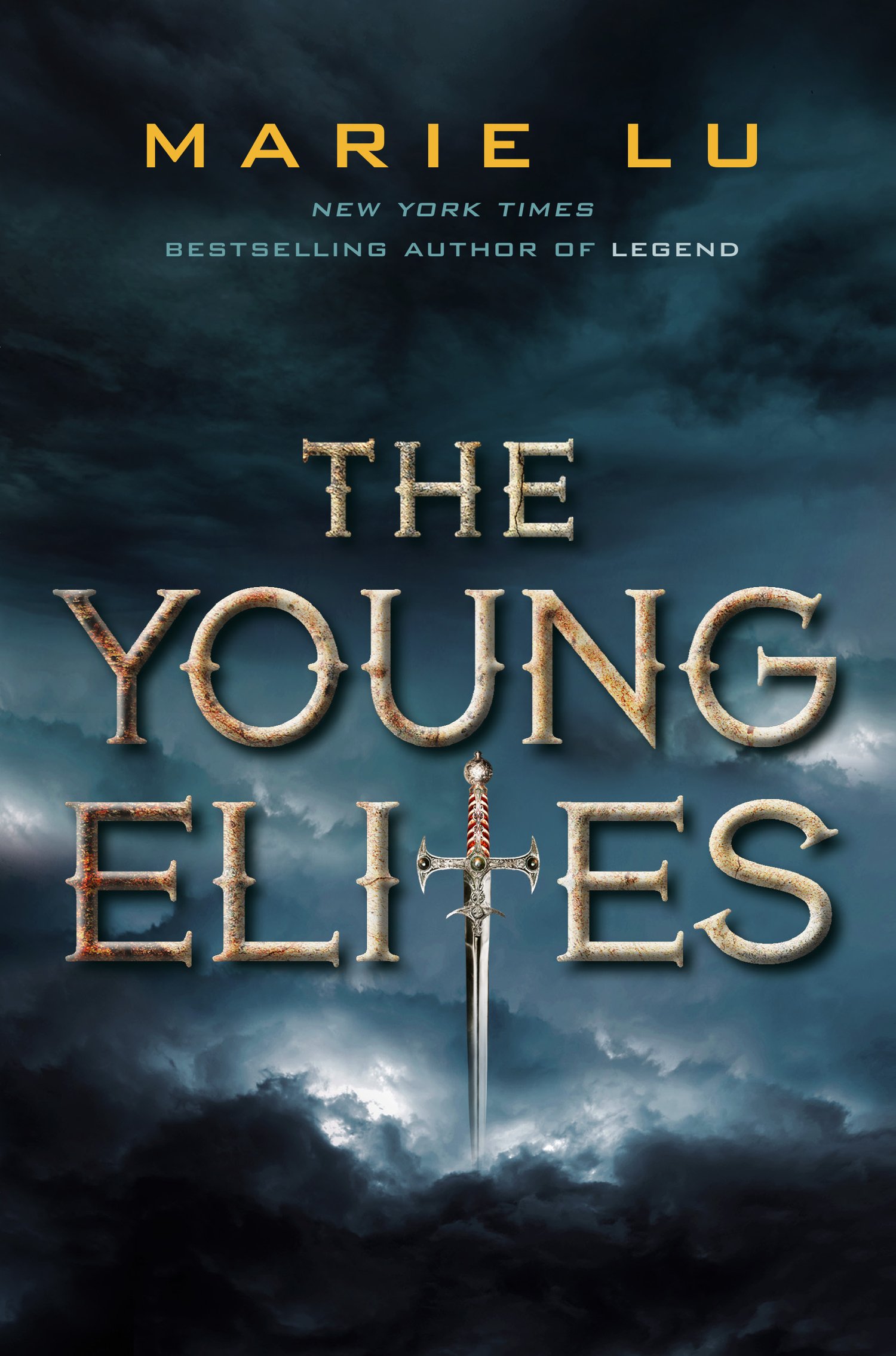 Adelina Amouteru is a survivor of the blood fever, a deadly disease that swept her home a decade ago. As one of the children who survived this plague, she has emerged with the strange markings characteristic of survivors or malfettos. Along with these markings, she has gained a terrible power, a power her deceased father had wanted to take advantage of. Now with the royalty and its soldiers, the Inquisition, bent on destroying all malfettos, Adelina will have to master her power with the help of others like her to survive.

I would recommend this book to readers who not only enjoy fantasy and adventure set in a world where anything, especially magic, is possible and likely but also like thoroughly exploring characters and the relationships that are formed. This story relies heavily on the protagonists self discovery as a driving force in the plot but ties in exciting and sometimes nerve wracking action with the occasional plot twist as new (and undeniably fascinating) powers and possibilities are revealed. I would also suggest this book to readers who don’t mind their protagonists flawed and secretive since no character in this book is fully innocent of crime and wrongdoing.

Mitchell was hit by a bus at age 17 and went to Hell. He’d been working as the Devil’s intern for four years when he heard about the Viciseometer, a time-traveling device. Taking his three best friends along for the ride, he travels through time hoping to change the course of all their deaths, but they meet obstacles they’d never even thought of.

This book definitely has flaws. It is rather sexist, and the main character can be frustrating at times. But overall, I really liked The Devil’s Intern because the plot was extremely intense. I couldn’t put the book because it was so gripping. I think you can definitely overlook the flaws, especially because the plot was so enjoyable. It was unpredictable and exciting.

This book is a good one for the average teenager who is fond of reading thriller spy novels with badass and smooth main characters and a fast paced plot with plenty of action and some romance to smooth some of the edges.

This book is about Boy Nobody, a teenage spy who is smooth and similar to a young James Bond and he is employed by the Program, which sends him to places as an assassin where he must complete his mission and kill his given targets. One day he gets assigned to kill the mayor of New York but along the way falls in love with the mayor’s daughter which later leads him to a whole ‘nother world of trouble. Read more to find out!

This is a good book for those who want a thrill and an unforgettable and mysterious character to remember. It will definitely keep you flipping through the pages as fast as possible to try and reach the end, and to see what happens next.

Naomi Rye is NOT looking forward to spending the summer with her celebrity-chef mother in the Hamptons.  Raised by her father in Chicago, Naomi never feels she fits in with the socialite crowd her mother pushes her to join, and she ends up spending the summer mostly alone, studying for the SATs.

This summer, however, things are different.  She finds herself with a (possible) boyfriend and a really friendly next-door neighbor, Jacinta, who throws outrageous parties and seems genuinely thrilled to be Naomi’s friend.  As the summer goes on, however, Naomi learns that not everything about Jacinta is what it seems on the surface.

If you’re thinking, “Hey, that sounds a lot like F. Scott Fitzgerald’s The Great Gatsby,” you’re right.  Great is a modern retelling of Fitzgerald’s classic Jazz Age novel, with teenaged socialites taking the place of Fitzgerald’s adult characters.  In terms of basic plot, Great so closely follows the original novel that I think a person could probably pass a basic plot quiz on Gatsby if they’d read Great (but I don’t suggest testing my theory!!!).

You might think, as a person who thinks The Great Gatsby just might be the most perfect American novel ever penned, I would hate a retelling.  However, you’re wrong.  I really enjoyed this book.  I think Benincasa did an exceptional job of taking themes from Fitzgerald’s novel and applying them to modern society.  Her characterizations, particularly of Jacinta and Naomi, are spot-on.  It does feel like Delilah and Teddy (the “Tom” character) could be developed more, but one could argue that they are shallow people and so the lack of development is related more to their flaws as characters than to a flaw in writing.  I also really liked Benincasa’s take on Jeff (the Jordan character), and felt like I gained some insight into the original character from reading this retelling.

It goes without saying that no author could really match Fitzgerald’s ending (which, in my opinion, is the most perfect ending to a book ever written).  In some ways, the ending of Great is a bit more satisfying because it has more closure.

If you liked The Great Gatsby or enjoy fashion, society, or books focused on relationships, then you will probably enjoy Great.  Because of its summer setting, it would be a “great” book to read on vacation.

See what I did there?